Vessel Yarradeen has long been serving as a commercial fishing vessel before her retirement. Since being retired she has been lovingly cared for and maintained as a recreational cruise vessel perfect for trips to Rottnest or longer trips down South or North to the Abrolhos and further. The engine which was operating in the vessel during it’s commercial days and after was an Iveco 8281 SRM 70.11 Marine engine, which is a V8 Twin Turbo engine producing 700Hp @ 2200rpm. This engine was due for retirement and the decision was made to purchase a brand new FPT Cursor 13 (C13 ENT M83) Marine Engine as the replacement. The Cursor 13 is a 12.9 litre inline 6 cylinder engine producing 825Hp @ 2400rpm through it’s twin turbocharged, intercooled and electronic unit injection arrangement. The existing gearbox was serviced and reinstalled onto the Cursor 13 without issue. Reusing a gearbox, if in good condition, allows for considerable installation cost savings as it means the rear engine mounts do not need to be adjusted, which allows for an easy point of reference when adjusting the front mounts to suit the new engine.

Following installation, the vessel has done trips to Dunsborough and the following fuel usage was recorded: Used 1188 litres for 329 nautical miles. Which is exceptionally low fuel consumption. The Electronic Unit Injection on these engines give them supurb fuel consumption.

View here the write up of the vessel when first launched: Yarradeen – HarrisCraft 48 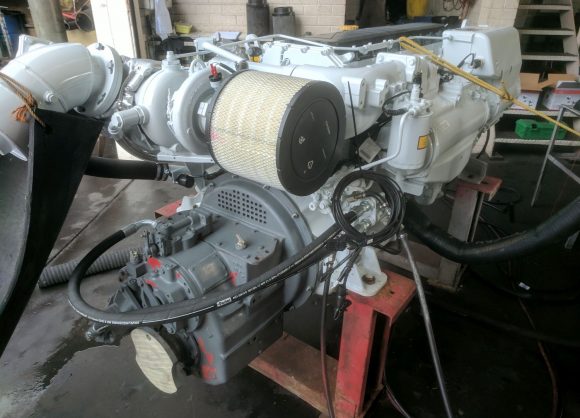 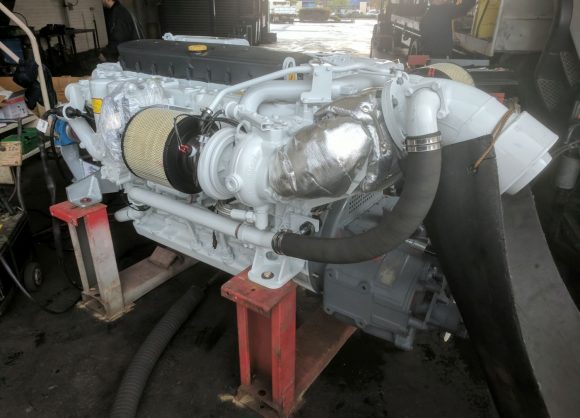 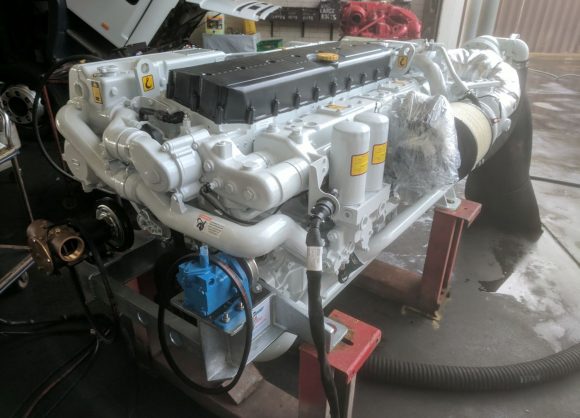 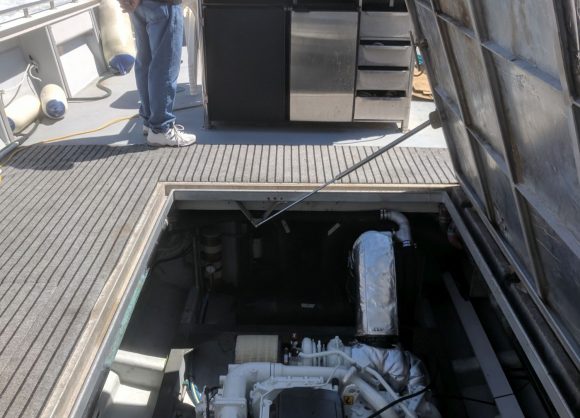