A beautiful Australian built hull, the Cresta 46 is an exceptionally strong sea going vessel. It is rare to see them on the West Coast, so when you have one, its worth keeping.

That was the exact situation for this client. The vessel was still running the original engines. Two Detroit 6V92TA Two Stroke V6 Diesel Engines producing (back when they were new) 550Hp. Unfortunately, time had taken it’s toll on the Detroits and the best option was repower. This client was looking heavily between the Cummins QSB and the FPT Cursor 9 Marine Engines, and for a raft of reasons including better sizing/dimensions/weight, better pricing, plus the support of THT made his decision to choose the FPT Cursor 9 Marine Engines set at 620Hp @ 2530rpm.

The added bonus, is that when you choose THT, we will support you through the most cost effective repower solution available. In this case, the gearboxes behind the Detroits were the DD5091, or more commonly known as the Twin Disc MG5091, are still a very good gearbox capable of handling the uprated 620HP of the Cursor 9 Marine Engine. They needed a full service and seal replacement from Twin Disc, which they received, and then THT worked their magic. The Detroit 6V92 has an SAE 2 Bellhousing. THT have the knowledge and experience, and through custom adaption plates, changed the size of the flywheel adaptor and the bellhousing adaptor to suit the Cursor 9’s SAE 1 bellhousing and 14” flywheel. All of this worked out considerably cheaper than purchasing new gearboxes. The added benefit, was that the rear mounts in the vessel were off the gearboxes, meaning the gearboxes would drop straight back onto the same mounts, and only the front engine mounts needed adjustment, therefore reducing considerable installation time and cost.

To connect the engines and gearboxes, a new set of Flexball 4500 Electronic Throttles were installed. Flexball Marine Electronic Throttles are extremely comfortable and responsive to use, and the added benefit is that when electronic engines are used, the Flexball engines can “Sync” the throttles so only the right hand throttle lever is used. This means that the engines can be synced to exactly the same rpm as each other. So no more annoying hunt. Because the gearboxes were still mechanical shift, the Flexball 4500-EM21 was used, which provides an electrical CANBus signal to the engine, and has mechanical motors which connect via short morse cables to the gearbox actuator levers.

The client also knew that the Onan Generator in the vessel was on its “last legs” and opted to replace at the same time. The choice was made for the Coelmo DML740 Marine Power Generator. Producing 7.4kVA at 1500rpm and powered by the renound Kubota 3 cylinder D1105 diesel engine. It was fitted easily into the front of the engine room, ready to power all the vessel’s requirements.

The result of the repower was fantastic. Upon sea trial, the vessel performed exceptionally well, cruising at a very comfortable 24 knots @ 2200rpm. Upon wide open throttle, the vessel exceeded 30 knots @ 2570rpm, which the opportunity to add extra pitch/sizing to the propellers for further speed. The considerable difference in the noise of the engines was absolutely amazing. The FPT Cursor 9 Marine Engines are a quiet engine at the best of times, however compared to the 2 stroke Detroits, they were simply amazing. Fuel consumption was low, and there was absolutely no smoke produced whatsoever.

Overall the client is extremely impressed with his new FPT Cursor 9 Marine Engines, and the support he received from THT right through the installation and sea trial process. 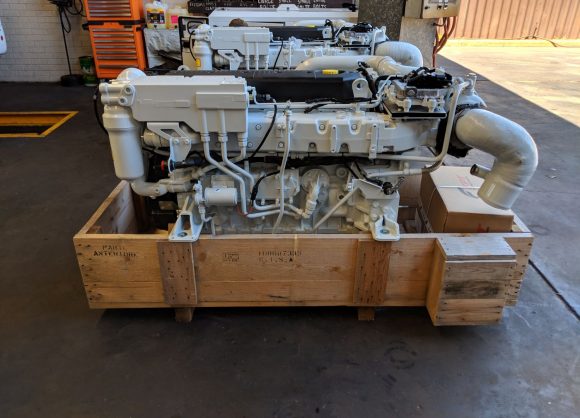 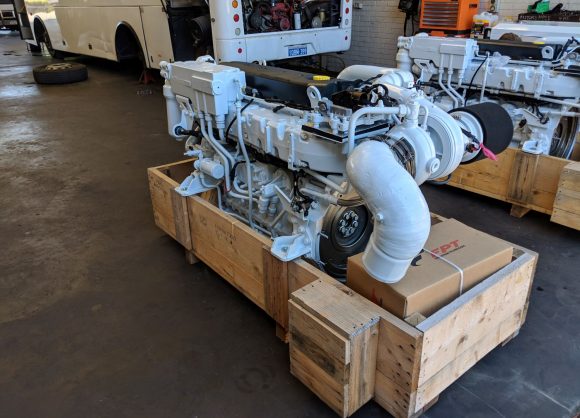 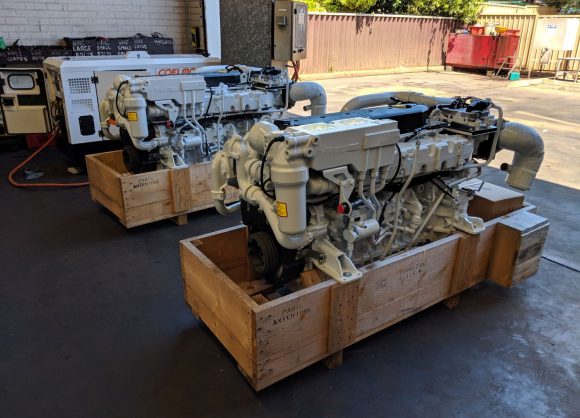 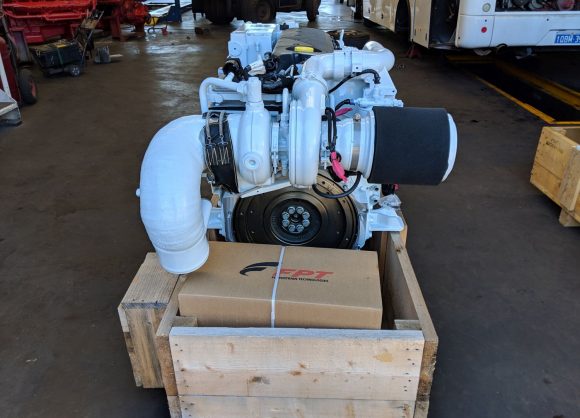